Creative Fields
3D, MOTION DESIGN
Completion Date
Nov 30th, 2014
Short but laborious animation of one-eyed snail. Why it is so short? 🙂 Final render took around 70-80 h for both animation. Not counting the time for test renders, modeling, animation, texturing, lighting and dust tests. To this must be added post-production, and Finding the right sound for animation.The second animation shows the same story, but in 3D anaglyph. To see the three-dimensional effect, you must have cyan-red glasses. If you do not, well, I hope you like the 2D version.
Below first movie I put some anaglyph. For starters, the first accustom eyes looking at static pictures. Then watch the video. When your eyes get used to the pictures will be easier to you to see the depth of the film.
Hope you enjoyed it!!
2D movie. Push Play :)

Calibrate your eyes before watching 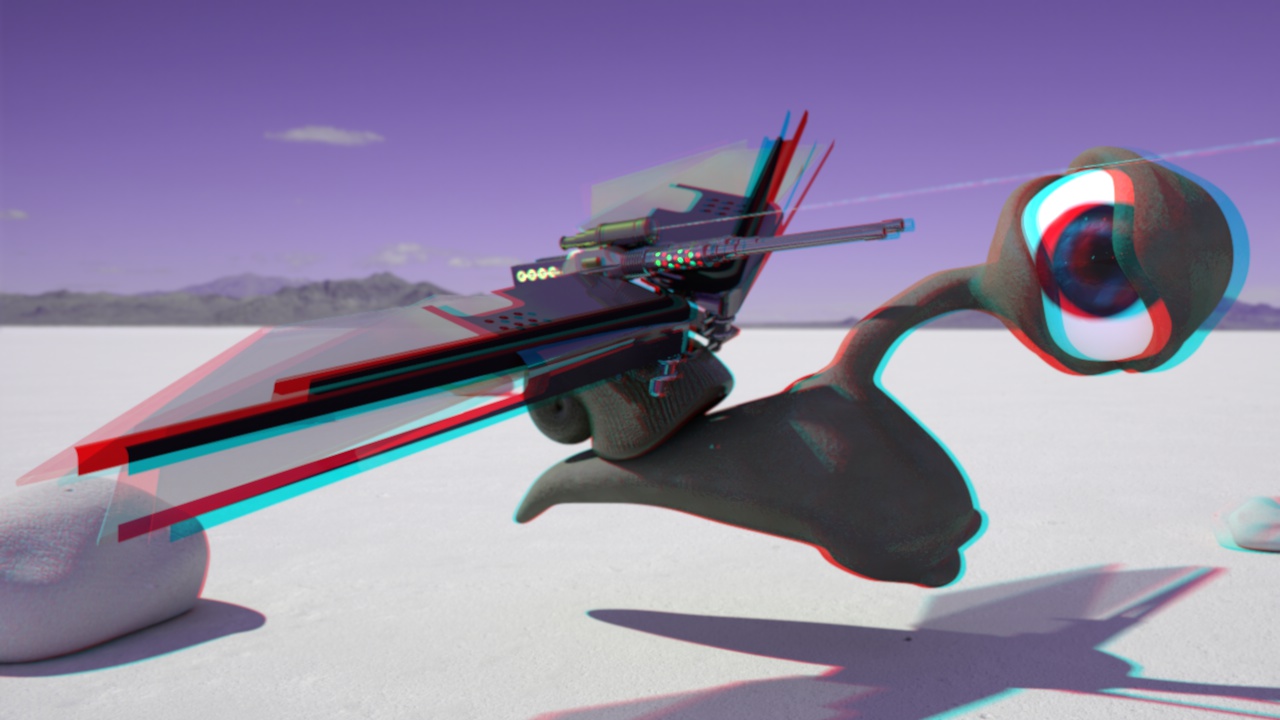